The moment is upon us:
The return of live theatre at the REP.

"Now is the time, after many months of electronic living, for our family of first-class artists to welcome you back to the Lyceum theatre with our hands and hearts wide open. Our new 2021-22 season offers a majestic sweep of eight entertainments that seek to uplift us through the healing power of laughter and empathy. We can't wait to share it with you."
Sam Woodhouse, Artistic Director
Larry Alldredge, Managing Director 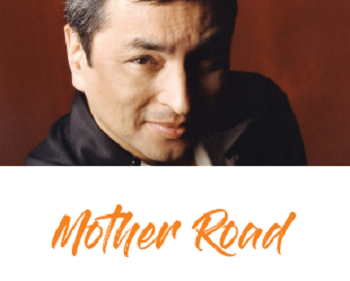 
The mythic journey taken in John Steinbeck’s The Grapes of Wrath inspired this 21st century epic story of land and legacy. William Joad, the grandson of Tom Joad from Steinbeck’s novel, is in search of the last surviving descendant of the Joad family to bequeath the family farm in Oklahoma. William is shocked to find this descendant is the Mexican- American man Martín Jodes. The unlikely relatives confront their pasts as they ride to the future on Route 66 from California back to Oklahoma. As they travel the mother road they gather a diverse band of seekers who share their dream to build a new home together on the Joad farm. Playwright Octavio Solis, one of the most prominent Latinx playwrights in our country, shares his powerful story which explores the intersection of people and cultures in America today.
“Solis is now one of the best-known and most-produced Latinx contemporary playwrights in the U.S.” –American Theater Magazine
“A rich and powerful narrative that has a compelling unity” –Mail Tribune 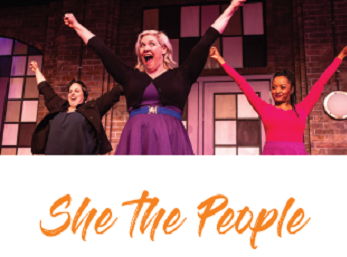 She The People
By The Second City
Directed by Carly Heffernan


After rave reviews and extended engagements in Chicago, Toronto and DC, She the People is coming to our Lyceum Stage. This high-octane show is entirely created, designed and performed by the fearlessly funny women of world-famous comedy mecca The Second City. She the People satirizes the reality of being a woman in this wild world, exploding the myths and misrepresentations surrounding bachelorettes, Beyoncé, the 2020 election and much more. The Washington Post called She the People a “funny, fiercely political sketch-comedy show” and the Chicago Tribune called it “empowering entertainment.”
“Bring everyone you know to see She the People” -Broadway World
“One of the funniest revues Second City has produced in the past 20 years” –Chicago Sun-Times 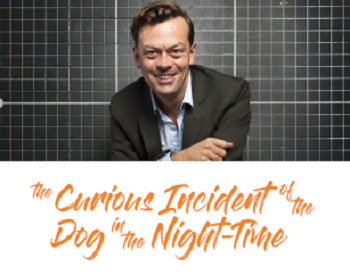 
Christopher is a 15 year-old boy with an extraordinary brain. He is exceptional at mathematics, incapable of lying, detests being touched, and distrusts strangers. Suspected of killing his neighbor’s dog with a garden fork, he is determined to find the true culprit. At seven minutes after midnight, Christopher’s detective work leads to an earth-shattering discovery and a deeply personal quest that upturns his world. With a title inspired by a Sherlock Holmes tale, The Curious Incident of the Dog in the Night-Time is based on an International Best-Seller novel by Mark Haddon. The highly acclaimed stage version of the story won 7 Olivier Awards and 5 Tony Awards, including ‘Best Play.’
“This is the whole package, a rare case of family entertainment that speaks to the heart and brain.” - New York Post
“…a profound emotional impact.” –Variety


Meet Jayden: an everyday teenager tossing and turning through his adolescent search for identity. When he is forced to move schools and is assigned a research project with an overachieving classmate, his quest to define himself becomes even more complicated. Luckily for Jayden, the perfect midnight visitor stumbles through his bedroom window: Genghis Khan, literally.

Featured in San Diego REP’s Black Voices 2021 Play Reading Series, The Great Khan is a hilarious, moving, and deeply profound story about a young Black boy trying to define himself in a world desperate to do it for him. Playwright Michael Gene Sullivan cleverly challenges how we write the story of who we are, and who gets to tell that story once we’re gone. After all, don’t we all have a lot to learn from Genghis Khan?


“As one of the most active political playwrights in the country, Michael Gene Sullivan is certainly a voice you should know." –Kent Nicholson, Playwright’s Horizons 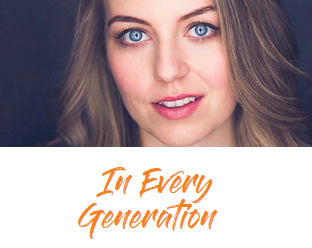 In Every Generation
By Ali Viterbi
Directed by Todd Salovey


One family. One holiday. Four millennia. The Levi-Katz family celebrates Passover again and again - 1416 BCE, 1954, 2019 and 2050 to be exact! While the time, location, and language changes, the traditions stay the same. Over matzah ball soup and (vegan) brisket, this close-knit clan contends with questions of race, religion, and inter-generational trauma. The present echoes the past—and the past the present—as the family repeatedly reenacts the exodus from Egypt, each time asking themselves: must we define ourselves through trauma? Will we ever be free? And why is this night different from all other nights?


“…not only a very human family saga, but also a timely warning about the choices that American Jews face in the present moment.” –Howard Shalwaltz   (Founding Artistic Director, Woolly Mammoth Theatre Company) 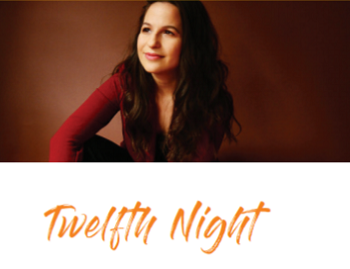 
This enchanting and soulful musical adaptation of Shakespeare’s romantic comedy of mistaken identity and self discovery was named one of the best theatrical productions of 2018 by Time, The Hollywood Reporter and The Washington Post. When Viola is shipwrecked on the unfamiliar shores of Illyria, she assumes the role of her lost twin brother, setting in motion a hilariously complicated tangle of love and longing. Mischief and hijinks ensue. Love, in its many disguises, blooms in every corner. Viola discovers her true love and her true self. The non stop musical score from critically – acclaimed Shaina Taub is radically inclusive – ranging from New Orleans jazz to Motown soul to Broadway show tunes to 80’s pop. “If music be the food of love, play on. Play on!”


The REP’s award-winning Playwright-in-Residence Herbert Siguenza (Bad Hombres/Good Wives, A Weekend with Pablo Picasso) is back with a sci-fi
fantasy told in the key of funk. In 1992, just as the prolific sci-fi writer Isaac Asimov is embarking on his final chapter, surprise visitors from outer space
intercede to help him re-envision what is possible. PFunk—a former resident of Earth—and his protégé Anita have travelled back to the deep well of interstellar inspiration that is Asimov. Together they hope to rewrite a better future for our planet and beyond. Siguenza plays the title role in this world premiere intergalactic comedy, which turns his Culture Clash-style hilarity towards a mash-up of imagination, robotics, space travel and Afro-Futurism, all fueled by an infectious ‘70’s Funk soundtrack.

Siguenza is “inspired by rebels and change makers, not only as an actor but as a playwright and artist...” –San Diego Magazine

A Safe Return to Theatre

Alongside many theatres in San Diego, and following the lead of theatres on Broadway, the San Diego REP has implemented a vaccination policy to welcome audiences back. Learn about our safety protocols here.

Be in the room when the lights go down—subscribers get great benefits, great prices, and great seats. Learn about subscription options, or subscribe now by calling 619.544.1000.

The Lyceum Cafe is currently closed due to COVID-19, in addition to the construction happening at Horton Plaza.