San Diego REP Hear U.S. Now New Play Festival, featuring readings of commissioned plays that provoke contemporary conversations, will take place in November of 2021. The new festival will showcase brand new plays from four playwrights: Boni B. Alvarez, Jason Grasl, Nambi E. Kelley, and Giovanni Ortega. Top directors from around the nation will also join these writers. Those directors for each play are: Elizabeth Frances for The Normal Force, Margo Hall for American History X (working title), May Adrales for Duty Free, and Jesca Prudencio for The Butterfly of Chula Vista.

In 2020, San Diego REP commissioned and developed plays from writers who identify as Black, Indigenous, People of Color and/or LGBTQIA+ through the Hear U.S. Now Commission program funded in part by the Leon and Margo Embry Fund for New American Plays as well as a National New Play Network Commission (for Nambi E. Kelley’s play).

Readings of the following plays will be presented online:

The Normal Force by Jason Grasl centers on Logan, a Native American PhD student in particle physics who is on the precipice of a scientific breakthrough, yet confronted with fundamentalist protests that consider his research a threat to their religious beliefs. Meanwhile, secrets from the past and unexpected discoveries could challenge everything he holds to be true. This play explores colonialism and ethics in science as well as the under-represented voices and realities of Native Americans in STEM fields. Jason Grasl is an actor/playwright/director of Blackfeet descent who is an ensemble member with Native Voices at the Autry in Los Angeles. As a playwright, his plays include The Blame of Love, Emergency Management, The Wheels On the Bus Come Off, and Lying With Badgers. A long time ago, Jason worked as a control systems engineer and rocket scientist. Directed by Elizabeth Frances. 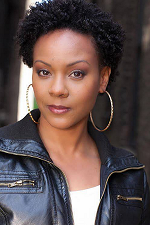 American History X (working title) by Nambi E. Kelley is a National New Play Network commission that spans from American slavery to Black Lives Matter present day through the lens of one family across generations. This powerfully poetic one-woman show asks the question: Who is the dreamer? Are the ancestors dreaming you, are you dreaming them, or are we dreaming each other? This play is a meditation on how dreams affect consciousness, agency, and personal power in the construction of a Black woman's understanding of her connection to her ancestors through time. Nambi E. Kelley is an actress, Film/TV writer, and playwright who has been in residence at the National Black Theatre, Goodman Theatre, and New Victory Theatre through the LabWorks Program (current). Her plays include adaptations of Tony Morrison’s Jazz, Richard Wright’s Native Son, and a modern day reimagining of Antigone called Xtigone. Kelley’s production company, FIRST WOMAN LLC, is producing a digital and national tour of her young audiences' play, Jabari Dreams of Freedom. Directed by Margo Hall.

On Saturday, November 13 at 2PM PT

Duty Free by Boni B. Alvarez explores the experiences of various immigrants seeking entry into the United States such as Filipina journalist Merlina Rojas who was recently named an ‘enemy of the republic’ and is seeking refuge in America. She meets others across time in the same US Customs detention room at LAX airport. This play seeks to shed light on the Filipino experience and how everyone co-exists with other groups within the American landscape. Boni B. Alvarez is a Los Angeles-based actor-playwright. His plays have been produced at Center Theatre Group’s Kirk Douglas Theatre, Echo Theater Company, Theatre Rhinoceros, and Playwrights’ Arena. He is currently in Skylight Theatre’s Skylab, the Geffen Playhouse Writers’ Room and a Resident Playwright of New Dramatists. Directed by May Adrales.

The Butterfly of Chula Vista by Giovanni Ortega follows Libertad Molina, a Mexi-Pino (Mexican-Filipino American) as he embraces his many layers by performing drag at GG Island Grindz Bar & Grill in Chula Vista. This heart-felt and fast-paced comedy touches on powerful themes about familial duty, identity and acceptance. Giovanni Ortega is currently an Assistant Professor in Pomona College’s Department of Theatre for the Claremont Colleges. His work, such as Criers for Hire and ALLOS, the Story of Carlos Bulosan has been performed globally including in Sydney and Singapore. He was a resident scholar for Playwriting Australia’s National Play Festival and is the Artistic Director of FilAm Arts Teatro. Directed by Jesca Prudencio.